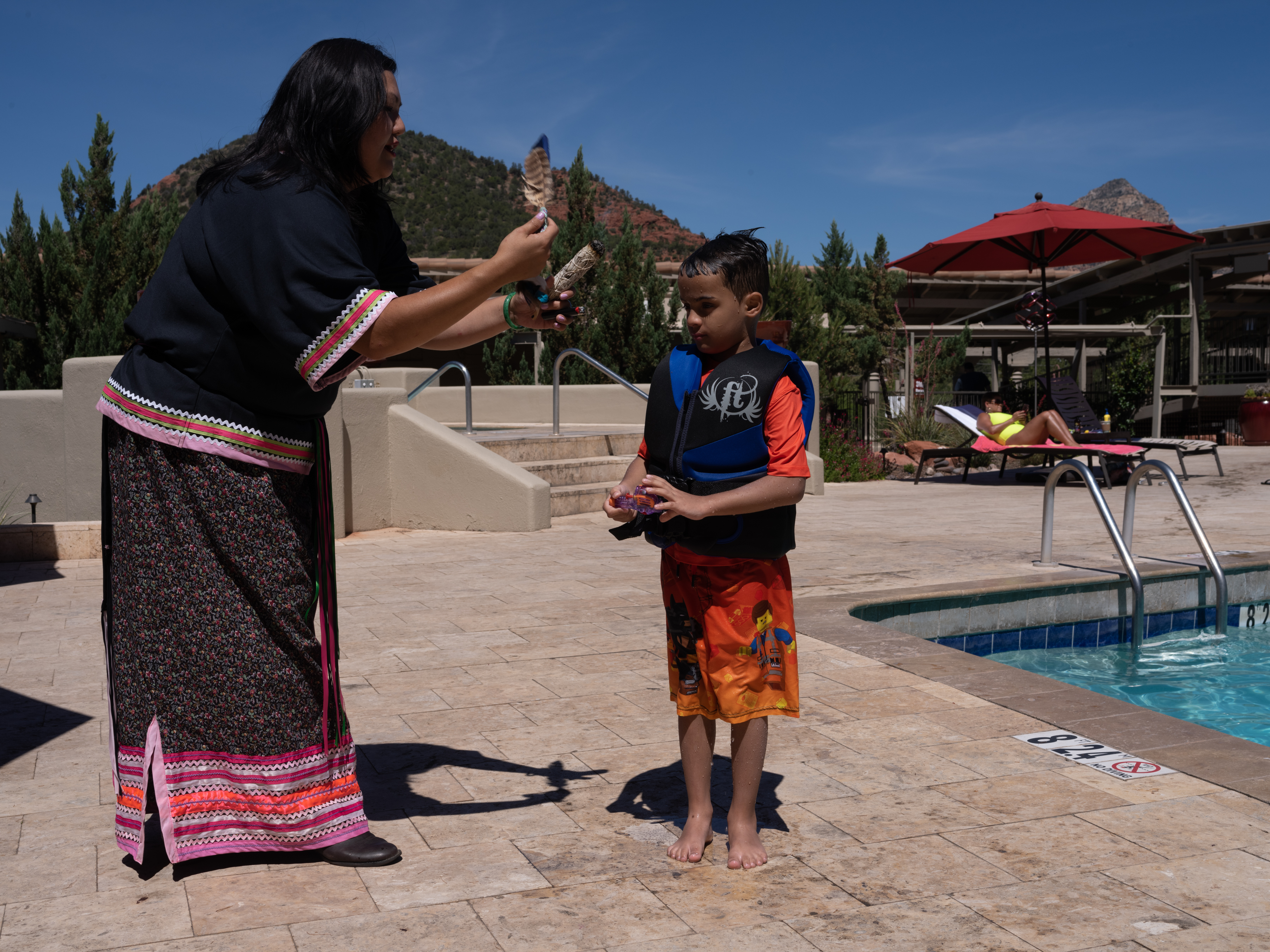 Born in Denver, Colorado as “Stephanie Garcia,” Song, Bird was born with an antenna to the Spirit World. Coming from a mixed heritage with Native American and Korean ancestry, Song Bird was immersed in her cultures, and saw the beauty of the old ways.
As a child, she would see things before they would happen, speak wisdom way beyond her years, and was a natural counselor for friends, family, and strangers. She had a natural gift and love for music and excelled in art, creativity, and writing.
After High School, she received her Bachelor of Arts degree in Psychology and Sociology, lived overseas in Korea teaching English, traveled the world, taught at a community college, and received her Master of Humanities degree in Ancient Philosophy and Religion.
In April of 2013, after years of facilitating intuitive sessions, and meditation classes at a wellness center she owned, Song Bird was initiated into the medicine ways through ceremony where she connected with “Grand Mother,” the ancient mother known as Mother Earth. This is where she was given her Spiritual Name “Song Bird Grand Mother” and title “Modern Day Medicine Woman.” Within one month, she gave away most of her possessions in Colorado and followed her higher guidance to Sedona Arizona.
As a Modern Day Medicine Woman, she conducts ceremonies and private intuitive sessions with people from all over the world. Her ceremonies are a blend of wisdom teachings, messages from the Ancestors, drumming, and spiritual counseling for those who want to bridge the material with the spiritual.
She specializes in working with business owners, entrepreneurs, corporate leaders, and other “legacy holders,” who know they have a deep calling to be the change in the world.
With over 20 years in the healing arts, she has traveled the world sharing sacred messages and transformational healing.